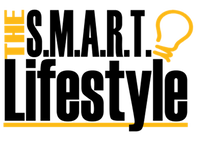 The Coronavirus and its Effect on Seniors
The 2 trillion-dollar economic relief package Congress passed on March 27, 2020 has a definite impact on seniors for the near future and could be devastating for many. In addition to the relief payment that most Americans received, the law made changes to retirement accounts and Required Minimum Distributions for this year as well as some Medicare provisions.
The CARES Act offered a one-time relief payment of $1,200 to individuals who earn less than $75,000 per year or $2,400 to couples under $150,000 per year. The payment was based on the 2018-2019 tax returns that were filed. If you are receiving Social Security and did not file a tax return the IRS decided to send Social Security beneficiaries their stimulus check without filing. If you have not received a check or direct deposit into your bank account, it may be wise to go to IRS.gov/mypayment and create an account to find out if you might have a problem.
One concern the Medicaid and SSI recipients have is whether the checks will count as earned income for this year and if it might affect them. This money is not considered income and should not count against a Medicaid recipient’s eligibility. The Medicaid rule that concerns them is that they must pay all income, minus certain deductions, to the nursing home. There is also concern about these checks putting a Medicaid recipient over their asset limit since the limit is $2,000 in assets. It has been stated by the SSA Commissioner the checks will not be considered income and there should be no concerns. Another point to mention is these checks will be excluded from resources for the next 12 months. Because Medicaid is state based it cannot impose stricter eligibility requirements than SSI requirements, therefore, causing no effect on Medicaid eligibility.
As I mentioned there were effects on retirement plans as well in the CARES Act. The stock market has been depleted and has crushed a lot of retirement plans. On behalf of retirees who are 70 years and older, the Act has waived this year’s RMD distribution and any distribution that would have counted for 2019 from the IRAs or 401(k)s. By waiving this requirement, retirees can keep more of what is still in their retirement accounts. In addition, if this pandemic has created hardship, the Act allows up to $100,000 to be taken from your account without any penalties if you are under 59 ½. Keep in mind that even though no penalties are charged, taxes would be paid on this as income for the year, but the taxes can be spread over 3 years in this case.
The last thing I would like to mention is the effects on Medicare. The CDC is advising all Medicare patients to have 3 months’ supply of all medications on hand. During this crisis Medicare Part-D plans can no longer restrict the limit of medications ordered up to 3 months. And lastly, when a vaccine is developed, Medicare will supply to all recipients free of charge.
I hope this has been good info for you and if you have any questions please contact me at 864-859-4778. And as always, thank you for all your support.